The main threats for the meadows are the maritime constructions, the pollution of near-shore waters, the anchoring, the beach nourishment with sand and the elimination of the Posidonia oceanica dead leaves on the beach sand. 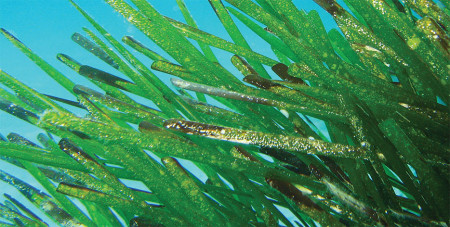 These ecosystems, which occupy about half a million square kilometers (km2), are disappearing globally, with an estimated loss rate of 1-2% annually, four times the rate of loss of tropical forests; in the Mediterranean Sea, this rate rises to reach 5%. In addition, the slow growth of these plants (2 cm / year) and low seed production make the losses are irreversible, since the recovery of posidonia requires several centuries.

The loss of these ecosystems capable of catching CO2 from the atmosphere and changing the acidity of water, may worsen the problem of global warming and relative climate change, because their disappearance would generate a source of CO2 where there is now a source of oxygen.

The importance and vulnerability of this plant to the impacts of mankind has meant its protection by both European and national laws: the Habitat Directive of the EU establishes it as a priority habitat.

Posidonia oceanica is an endemic Mediterranean plant, not a seaweed, but it is known in the Balearic Islands as “s’alga”, i.e. the alga. It is a true plant with the same external organization as the superior plants: roots, stem, leaves and capacity to produce flowers and fruits with seeds. 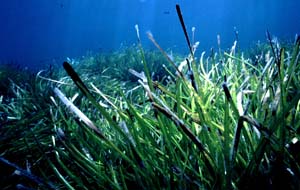 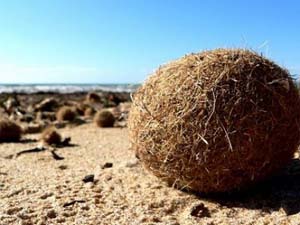 The plants of Posidonia oceanica grow forming submerged, long, high and wide meadows, on  sandy or on fine and coarse gravel bottoms. For an optimum growth it needs transparent waters. For this reason, the presence of dense and large meadows is a clear sign of the quality of its waters. 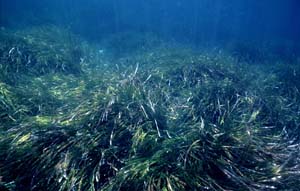 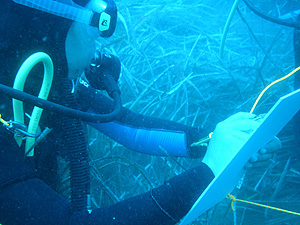 The function of the meadow is comparable to the tropical forests and wetlands: it plays an essential rule in the ecological equilibrium of the sea. From a local point of view, the meadows are the habitat and the food for a big number of species of fishes and invertebrates, especially larvae and young fishes. 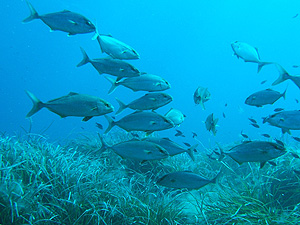 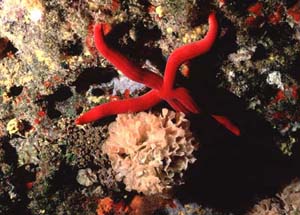 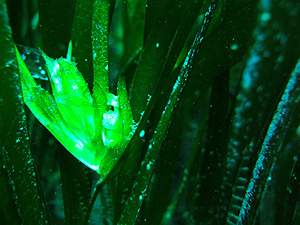 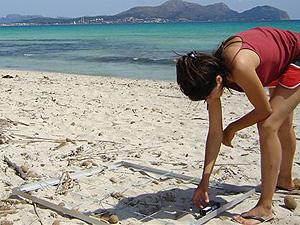 They also play an important role in the processes concerning beach and dune systems, modelling the sedimentary processes because is compacts the beaches’ sand. The Posidonia oceanica dead leaves that one can find in the shore act as a natural dock reducing the energy of the waves, minimizing erosion. From a global point of view, scientists estimate that 12% of the net ecosistemic production of the world is a contribution from the ecosystems of Posidonia oceanica. 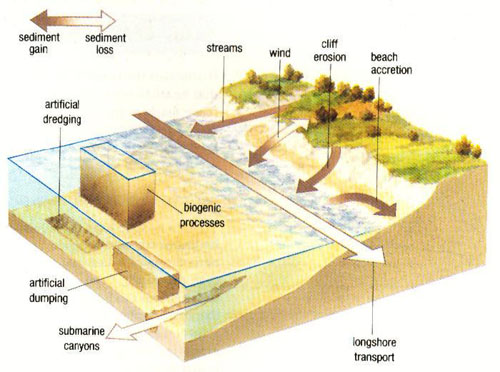 The Posidonia oceanica meadows from Ibiza (Eivissa) and Formentera where declared, in 1999, World Heritage by the UNESCO. You can see the related documentation here and here